Our group studies the properties of single molecular ions for quantum information and precision measurements experiments. Molecular ions have the advantages of showing long storage times and long coherence times, thus reducing dramatically systematic errors. At a quantum mechanical level, molecular ions have a wide selection on motional, rovibrational, and electronic energy states that hinder the control, processing and readout of the information they carry. Our goal is the preparation, manipulation and detection of these energy states using quantum logic techniques.

Quantum logic spectroscopy is a promising technique for these applications[1,2], since it allows detection and manipulation of molecular and atomic species that don't have closed cycling transitions and cannot be easily detected using conventional resonance fluorescence methods. Instead of collecting light scattered from the molecule, the quantum logic technique relies on detection and manipulation of the molecular ions confined in the trap together with an atomic ion (Yb+ in our case). In this configuration, a change of the molecular internal state can be accompanied by the change of its motional state. Due to Coulomb interaction between the ions, this motion will be shared between both of them and can be detected with the standard techniques that are widely used for ion trap quantum computations.

We are currently working[3,4,5] on the experimental implementation of the quantum logic techniques and exploring applications of molecular ions to the precision measurements and quantum information processing. 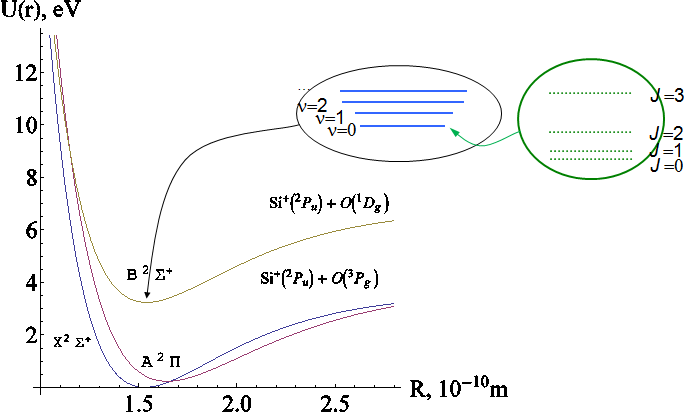